I participated in Merveilles’ Hyperjam, where I made Fragments (of the stars) using HyperCard. 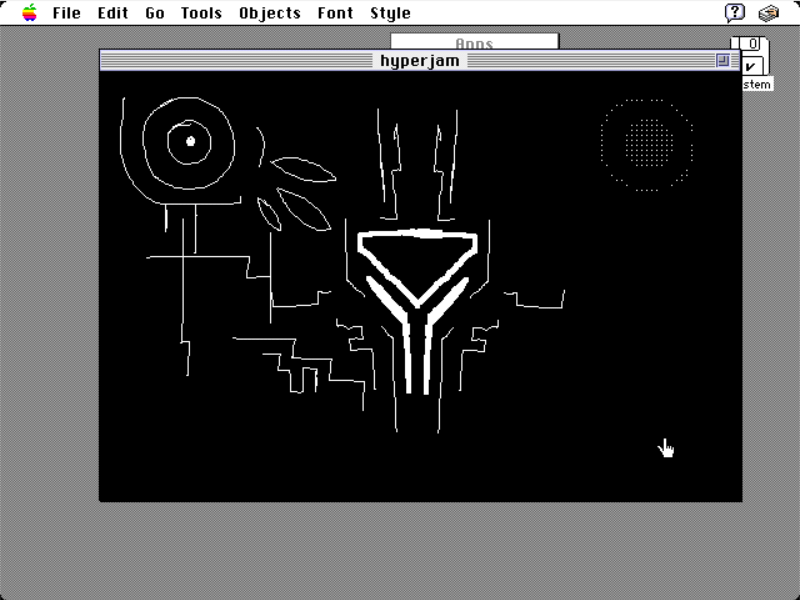 HyperCard is old. Old enough that it no longer runs on modern OSes – I used an emulator (provided as part of the jam) to do my development.

I have used it in the past – in elementary (or middle) school when I was first learning how to use computers. I didn’t remember anything from when I used it. So there was also quite a learning process along the way.

Fragments (of the stars) is an interactive comic about a robot (Phyrum - a character that shows up in a lot of my work) putting her face back together. Originally, I wanted it to be a jigsaw puzzle game – but HyperCard doesn’t quite work that well with click and drag interactions. So comic it is.

If you have a classic Mac emulator, you can play Fragments (of the stars) here.. You can set up an emulator with the same instructions I used.

In the future, I hope to provide a web version of Fragments so that it’s more accessible, but in the meantime, it’s only playable by emulator. 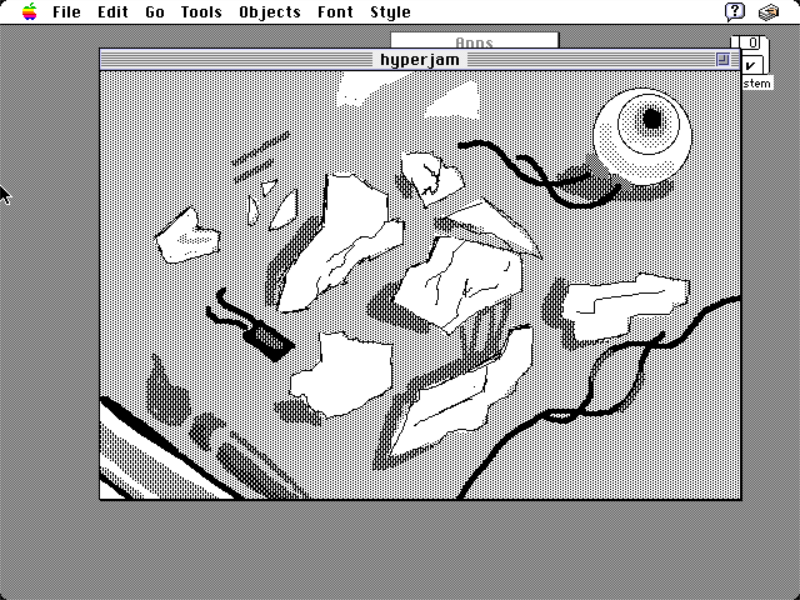 After spending a weekend with HyperCard, I realized I remembered more about it from my childhood than I thought; to me, it feels like a precursor to powerpoint, with buttons and transitions from cards (like we have slides today.) And with its own scripting language.

Using Hypercard as an art program was really interesting. Using it to build games was…pretty painful. I’m not sure I’d use it again.

But it was certainly an enlightening experience. Especially interesting was that I couldn’t rely on StackOverflow or any of the internet tools I’m used to for help, since HyperCard predates a lot of these help sites.

So instead, I actually read the provided manual. Which, I’ve come to realize, I should probably do with more of the software I use.

The other thing is that I’ve been meaning to write a comic for years now, never really having the courage to go for it. And now here I have for the first time, as a HyperCard stack. So as clumsy as the authoring experience may have been, it was enough to get me moving on something I’d been stuck on. If it weren’t for all the times I managed to irrevocably break my stack (hooray for backups), I’d consider it a very solid prototyping tool for narrative games. 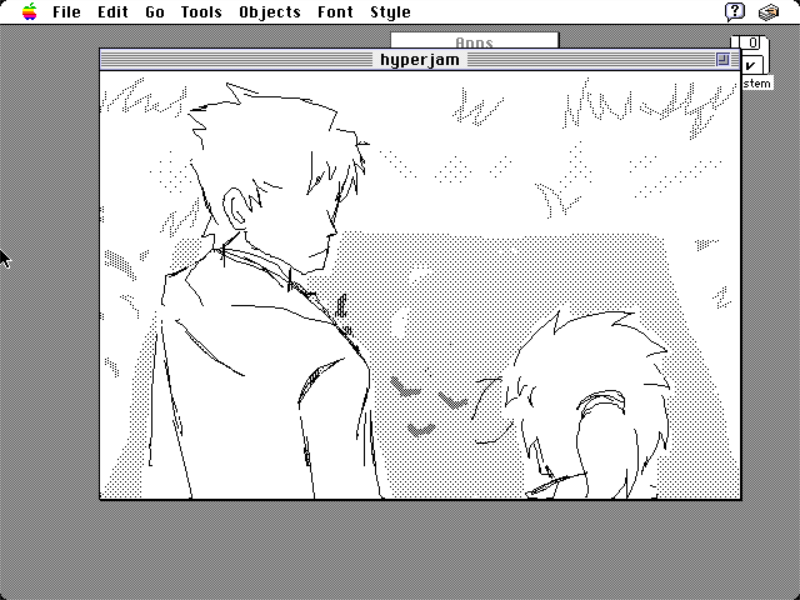